The Story of X


It's Time Lords was the first computer game designed by Julian Gollop who, along with his brother Nick, went on to make the first X-Com game in , UFO: Enemy Unknown , and in the form we loved it best: turn-based tactical combat with a strategic metagame. The X-Com licence was also the victim, like so many great licences, of sequel pressures, publisher takeovers, and an embryonic industry focused on short-term gain.

We recently spoke with Julian about those days, to chart the genealogy of X-Com, and find out what really happened behind the scenes. Eurogamer : So Time Lords was your first computer game? Julian Gollop : Yes. It was originally designed as a pencil-and-paper game, but it wasn't very practical to play. From a very young age I played a lot of board and card games. My Dad was very keen on games of all kinds. 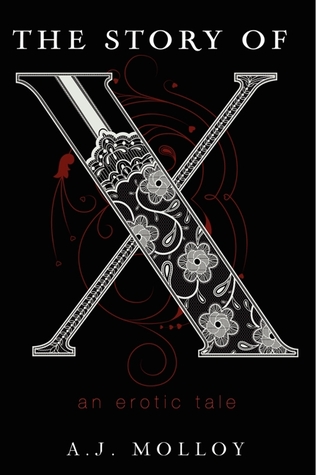 Every Christmas, we didn't watch TV, we'd play games endlessly. My Dad was inspirational in this respect, as I was exposed to a lot of games, and this was before computers, of course. Time Lords, and later Chaos, were both board games before they were computer games. I made a lot of such games back then.

Eurogamer : And you released Time Lords commercially? Julian Gollop : It was published by Red Shift, which was a company formed of a group of friends who were all gamers. I remember going to various computer fairs and selling it, in a bag with a cassette a cardboard insert. Very professional! The first game I made on the Spectrum was a strategy game called Nebula, which was actually a sort of 4X game. You were expanding and colonising the galaxy.

It had a basic combat system and AI, resource management and exploration. Eurogamer : You were really the architects of turn-based tactical combat games, weren't you? I was working on that in late I'd left school, I bought a Sinclair Spectrum, and I started to program. They had some interesting combat mechanic ideas which I used in Rebelstar Raiders. Julian Gollop : Yes, there was definitely a progression there. It's not too difficult to spot!

One particular rider scolded Mr X for his behaviour, suggesting that such riding was giving cyclists a bad name. Shortly afterwards that rider had to stop to fix a puncture. Mr X reportedly turned around, returned to the rider, and the confrontation escalated on the roadside. Mr X reportedly threw the first punch, but received several in return. Mr X was being held in a headlock when a fellow rider intervened. Steve Goodall was in the bunch that day, just a couple of wheels back. On some level it makes sense. But as more and more groups started turning him away, his frustration only grew.

It must have been a bitter pill to swallow. And as he did, the page took a frightening turn. There the riding community, through Mr X, was taking on the anti-cycling brigade in a clever and entertaining way, using satire and wit to tackle the dumb arguments that have demonised riders for so long.

But looking back also comes with a tinge of sadness, and a sense of foreboding about what was to come. Where satire was once king, now hate rules the roost. Tens of thousands of motorists come to the page for validation of their poisonous attitudes, yelling into the anti-cycling echo chamber as the administrator deliberately, knowingly, fans the flames.


The single file stuff? It has really turned into what looks like a hate page. A photo of a cyclist or group of cyclists behaving badly, apparently flouting the road rules or otherwise acting irresponsibly. Often these images have been digitally manipulated, with riders photoshopped onto the wrong side of the road, or cars added in to make situations appear more dangerous than they are. Invariably the comments turn into a cesspool of anti-cyclist hate, full of anecdotes about other misbehaving riders.

More often than not, an air of menace descends, with readers wishing or even promising violence against riders. Stay [sic] paying for using the roads or keeping [sic] coping [sic] abuse and 2inch flybys.

In handing down an eight-year prison sentence 5. He believes that riding in the area has felt more dangerous in recent years, and especially in recent months. He just sideswiped me then [was] yelling abuse. I ride on my own on the edge of the road but you just get sideswiped all the time. This increased aggression against cyclists has invoked the ire of online cycling advocacy groups.

An Overview and an Analysis of the Story X: a Fabulous Child's Story by Lois Gould | Kibin

Pages like Cycle. Dave Sharp of Safe Cycling Australia tells a similar story. The level of malicious content is staggering. It is like some form of deranged pathological hatred. Others say it could have been as early as or as late as In all likelihood it was a gradual process — a series of steps down a slippery slope that slowly, inexorably, led to the murky pit we see today.

Was Mr X still involved in the page he created? Or had he quietly passed the baton to others to continue his crusade? The consensus is the letter is fake, some sleight of hand from Mr X to distance himself from the negative attention the page has attracted. How did [he] find an address to send a letter?

SportWays x EHF: the story of Monika from Lithuania

There is no way that letter could have been sent to the page. It was just another line to confuse us as to who is managing and running the page. There was no mention of Mr X. What we know of Flack is that he is a former police officer of 23 years from Northern Ireland, who attracted the attention of DFROC after posting a series of anti-cycling rants on various Facebook pages, including a page belonging to his local police force.

I will be following up with Facebook today to have all reference tome [sic. Then again, a homophobic post the same day might have been to blame. The same anti-cyclist sentiment, the same irresponsible rabble-rousing, the same photoshopped images in the same style, and the same captions written in the same font.

On balance it seems most likely that the Ian Mayberry account connected with DFROC was fake, and Mr X created it as a way of putting distance between himself and the page just as he might have done with the letter proclaiming his lack of involvement before that. Why assume the identity of a seemingly respected member of the motorsport community? Did the pair have a run-in at some stage? Was Mr X trying to get revenge for some perceived injustice from Mayberry? After several attempts to contact Ian Mayberry in recent months, we finally managed to speak with him in late July.

Perhaps Mr X targeted Mayberry completely at random. To the untrained eye, Mayberry was and had always been the one behind the page. Of course, we now know the truth is far more complicated than that. There was only one man who could provide answers to the unanswered questions that were piling up.

The more people we spoke to for this story, the more we heard that we needed to be careful. We heard countless stories that painted Mr X as a loose cannon, a dangerous, vindictive, jealous and vengeful man with a love of making life difficult for those who have wronged him.

We were warned to beef up our online security, too. Mr X once worked in IT security at the big banks, we were told, so he knows his stuff. We were told to expect that Mr X would target CyclingTips and our own personal accounts if we painted him in a negative light. We knew that Mr X had a healthy respect for CyclingTips, for our founder Wade Wallace, and for the authors of this present article.

Revisiting The Place Where I MET JAKE PAUL! (exactly one year later.)

Throughout June and July we made many attempts to contact Mr X, through a combination of phone calls, text messages, emails, Facebook messages and physical mail. We explained that we wanted to get his perspective on the origins of DFROC, the ways in which the page has changed, and the petition that came out of it. We may not have been able to contact Mr X or get the answers we were looking for. And he had nowhere to hide. He was about metres behind on the road, just standing, you know, waiting.

Well, we all stood around and fixed the puncture [and] he was there …. Mr X has never explained why he felt the need to interfere with group rides — rides he was so keen to be a part of. Some believe it will cross the line one too many times and that the page will shut down for good. That post, an escalation of the bitter feud between Mr X and Sharp, was swiftly taken down — but not before Sharp took the issue to Queensland Police and the Australian Federal Police.

In early July, within minutes of CyclingTips posting a comment asking for Mr X to get in touch, the page was hidden from public view. The reasons for that remain unclear. Or maybe — just maybe — Mr X has finally stepped away for good? Even if it returns, its days seem numbered. As for the petition, well, that seems to have run its course.